After being postponed for a full year, the European Council of Landscape Architecture Schools (ECLAS) conference slated for the summer of 2020 could finally go ahead this fall as an online meeting helmed by the Landscape Division at the Swedish University of Agricultural Sciences at Uppsala. One of the many events of the ECLAS conference was a panel, organized by members of the “Welfare landscape and the compact city”-project at SLU, called “Revisiting the Green Geographies of Welfare.” Originally conceived of as paper session for the 2020 conference, the papers had already been presented and discussed at a workshop once ECLAS decided to postpone the original meeting. Thus, the session was reconceived as a panel for a more open-ended discussion about ongoing research about the intersection of welfare, planning, green space and landscape, which resulted in a sprawling discussion spanning past and present and many examples from around the world.

The, perhaps, most inspiring aspect of this debate was the eagerness to explore new aspects of the green geographies of welfare planning as the basis for future research. One important argument that several panelists dwelled was how scholars might shift attention away from studying cases seen as pioneering, to instead embrace the everyday more. Often architectural historian and landscape researchers internalize the Great Man narrative of singular, creative individuals redefining field, and forget about the more mundane concerns of everyday uses, appropriations and sensibilities. How might we again center lived space, the actual embodied experiences and practices of people in the landscape, rather than celebrate supposedly innovative planners?

A related theme proposed by some of the panelists was the notion of the public landscapes of postwar planning being defined by absences and deficiencies, and how what once was a critical approach has ossified into dogmatic platitudes. Where these green spaces really so “empty”? Who were the people making the claims about deserted spaces, and what were their relations to the new green spaces they were so provoked by? How were these sites publicness in fact enacted and on what terms? Did this vary between locations and across time, and how were relational geographies stretching far away beyond mass housing areas changing what was perceived as empty? How can we today do serious research about the uses of the welfare landscapes in their early phases and these absences of assumed absences so to speak? Have these assumptions in turn created archival absences making historical work on these concerns difficult? What has changed since the early days, and what kinds of uses and lived landscapes have emerged now several generations later? And, are there different variations of this critique, some of which has morphed into the dominant reason of spatial thinking today and some of which have been forgotten and might provide us with alternative views on what was, and perhaps is, absent and present in these green geographies of welfarist planning?

Finally, were a series of questions raised around the problems related to the scales and spatialities of analysis. How can welfare landscapes be better understood by moving beyond case studies of local projects? How are we to trace the complex and discipline-defying translocal networks, sometimes regional and sometimes truly global, that welfarist planning emerged in so many decades after they began to unravel? What is the role of comparative and relational methods in exploring these historical geographies, in particular to think about cases quite different kinds of cases and contexts? In which way might we bring to the fore the power relations which gave rise to such varied effects of similar planning concerns? How might a more comparative and transnational perspective provide new insights to the North Atlantic context of the Scandinavian welfare states and its modes of planning, and how might ideas and concepts from a Scandinavian context conversely bring new aspects of cases from very different geographies to the fore?

With these questions in mind, we have no reason to doubt that research on welfare and landscape will prove to be an interesting field in the coming years. 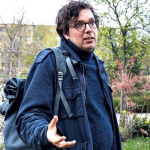